Whether it’s a 8-bit Nintendo game or a classic Atari 2600, most of us have fond memories about playing games on an old school computer. As the tech industry moves towards virtual and augmented reality gaming, Intel has released their new retro game called Pixel Pat to celebrate CEO Pat Gelsinger’s first year at Intel. 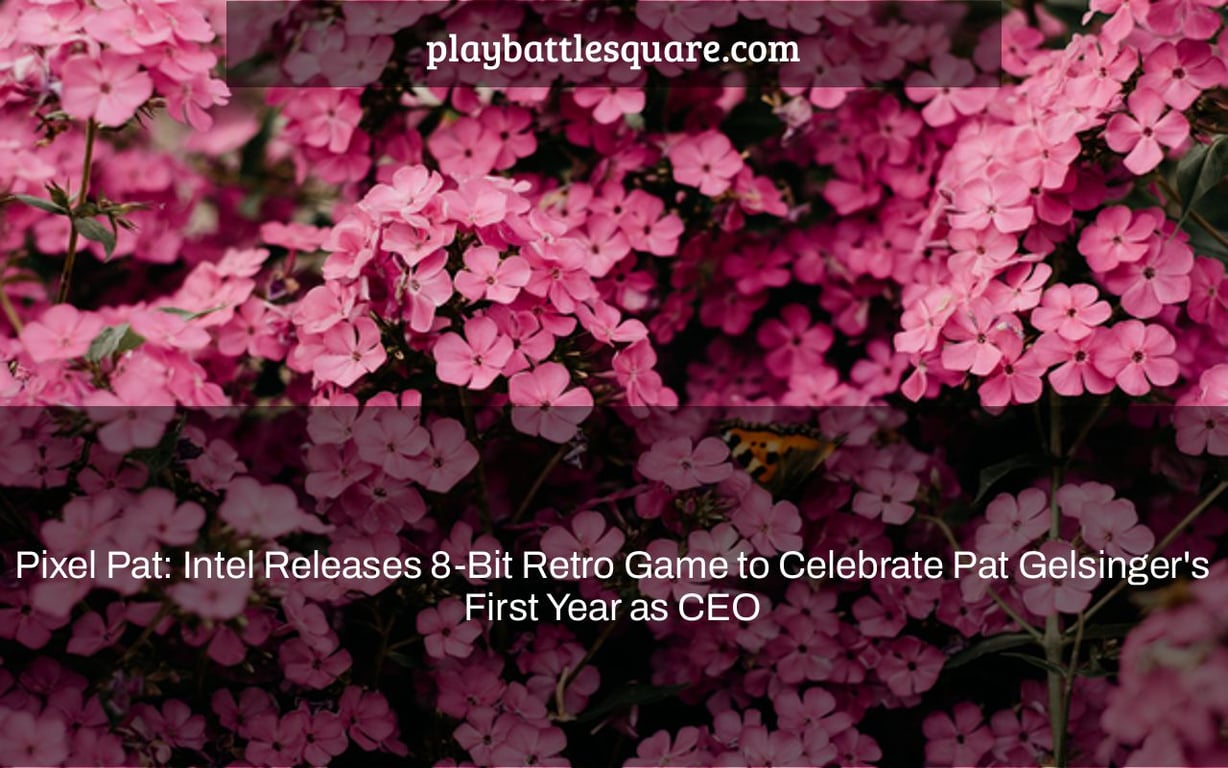 Being the CEO of a multibillion-dollar digital company comes with more benefits than a nine-figure salary and a golden parachute. Intel has launched Pixel Pat, a retro-styled 8-bit game created to mark Pat Gelsinger’s first year as Intel CEO, which he assumed on February 15, 2021, after his predecessor Bob Swan stepped down.

Take control of a pixelized Gelsinger as he tries to navigate one of Intel’s latest manufacturing factories, which is littered with holes where employees may plummet to their graves for some reason. Players may improve their chances of survival by acquiring a clean room suit (invincibility) and collecting wafers for extra lives, as well as collecting light bulbs to learn about Intel’s history.

“To commemorate our top geek’s historic first year as CEO, Pat Gelsinger needs your assistance in navigating Intel’s new fabrication factory,” states the game’s About section. “Learn about milestones and breakthroughs that he and Intel have made along the road.”

When will Pixel Jensen and Pixel Lisa appear?

#PixelPat is unstoppable (particularly when he’s dressed as a bunny).

Our new #8bit game is a fast-paced race through a chip production factory, as well as a nostalgic journey down memory lane to commemorate @PGelsinger’s first year as CEO of @Intel. Now is the time to play! https://t.co/UoyapU6SDt pic.twitter.com/QXcnKoKasu

Patrick (Pat) Gelsinger is the CEO of Intel Corporation and a member of the company’s board of directors. On February 15, 2021, Gelsinger returned to Intel, where he had worked for the previous 30 years.

Gelsinger joined Intel in 1979 and rose through the ranks to become the company’s first chief technology officer, as well as senior vice president and general manager of the Digital Enterprise Group. He oversaw the development of major industrial technologies including USB and Wi-Fi. He designed the initial 80486 CPU, headed 14 microprocessor initiatives, and was a significant figure in the development of the Intel Core and Intel Xeon processor families, which helped Intel become the world’s largest microprocessor manufacturer.

Ray Tracing and DLSS are added to id Software’s classic first-person shooter in this DOOM mod.

In Japan, Capcom is increasing all employees’ base salaries by 30%.

E3 2022 is officially canceled, with no digital or physical events scheduled.

Xbox Game Pass will get a Family Plan, which would provide up to five people access to the service.