Marksman nerfs and the balance framework have brought out a lot of mixed reactions. Some say that it is not enough to bring about change, while others applaud the changes for finally bringing back some much needed variation in competitive play. 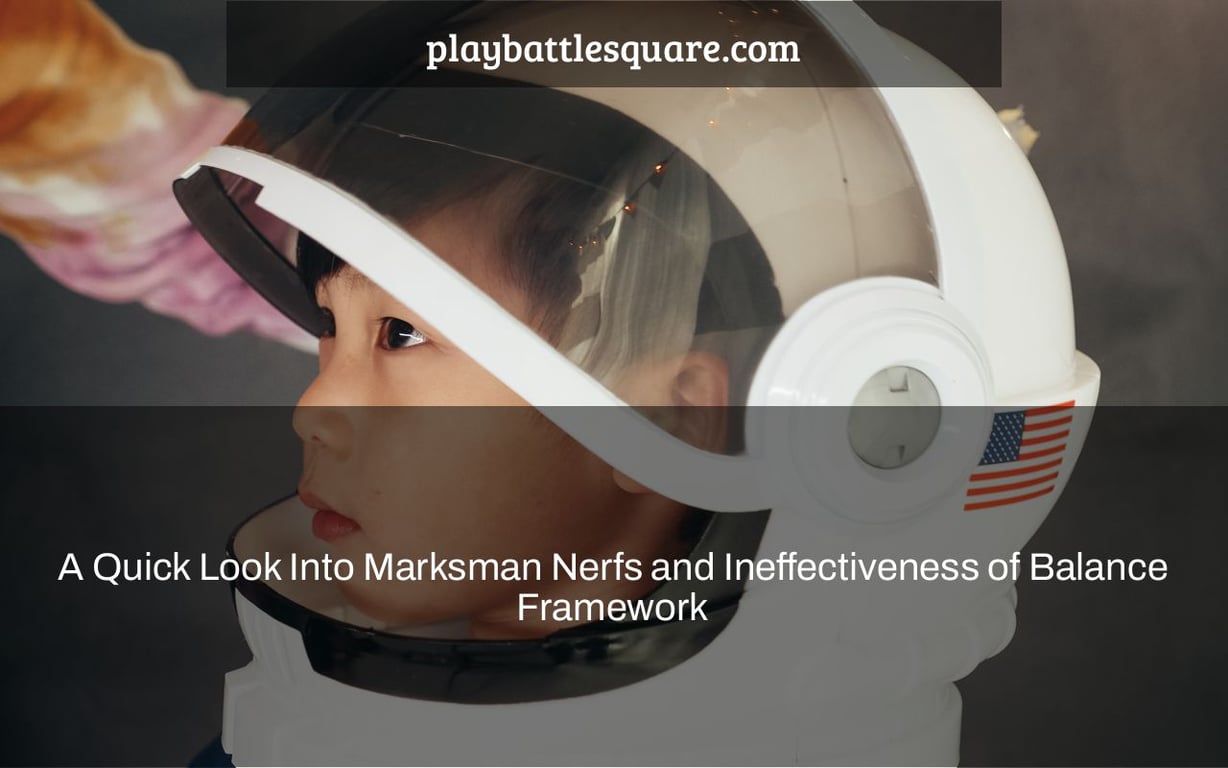 On patch 10.14, Riot Games updated the patch highlights, and they’ve been sharing specific skillband information, whether it’s pro or normal play centered nerfs, ever since. I discovered a trend among marksman nerfs that I wanted to share and debate.

Marksman champions have been weakened:

I put each nerf’s explanation in a capiton, and as you can see, the majority of the marksman nerfs are aimed towards the early game. As a result of all of this, I believe the balance framework is unsuitable for balancing regular marksman play.

My conclusion is as follows:

What can be done to better balance the regular play of marksmen, is my query. In the future, what approach may be used?

!(7zrrq8cycpb81 “”Ezreal is a bit too safe in lane and in mid and late game skirmishes for the amount of damage he puts out, so we’re reducing his ability to continuously evade attackers. We’re bringing up his cooldown but not drastically so— he still has the potential to get in a second E, but will have to be careful in playing around that vulnerability. Along with the Troll King, Varus is also stifling pro play as the go-to blind pick (or first red side ban). Targeting his early poke to make him less effective at bullying his peers out of lane. “”)

“Crescendum turret’s assault range has been reduced to give less zone control, and its target acquisition speed has been slowed to let opponents to react and play around it. The remaining tweaks are targeted at reducing Infernum’s synergy with Runaan’s Hurricane.”

“We’re reversing a scaling Ashe enhancement we gave her in 10.8 to provide other marksmen with less early game strength and utility a chance to flourish late game versus her.”

“Caitlyn’s 10.15 buffs put her in an overbearing position for both professional and casual gaming.” +2 Base Attack Damage and +5 Base Movement Speed were the buffs.

CAITLYN: All skillbands and Pro Play. Too much Domineering/-5 MS nerf, particularly in the early game

“We’re icing some of Ashe’s strength since she’s remained one of the major marksmen in Pro play. This caustic caterpillar-creature has been toeing (and oozing about) the line for a long time, and now he’s crossed it. As a result, we’re decreasing his protections to emphasize his character as a glass cannon marksman: spitty yet soft.”

“Caitlyn has been dominating, and even with our recent nerfs, we’re not convinced that the playing field will be even. It hurts to put more shackles on the sheriff, but it seems that it’s necessary in order to diversify the bottom lane for our most critical event. Lucian, like Akali, is on the verge of becoming an overwhelming flex option at Worlds. We’re decreasing his experience scaling to account for his solo lane proficiency, which is a big cause for this. Senna has been making waves in the Pro meta, both as a bot lane carry and as a utility-first marksman. We’re using Mist Wraiths to reduce her scale so that other classic hypercarriers have more room to maneuver.”

“Samira’s early game safety and mobility are becoming a little too dependable, so we’re increasing her cooldown to force her to play more cautiously in the early phases of the game. We’re also reducing part of her damage, making her all-ins less effective.”

“Samira has swiftly established herself as a formidable ADC who can slice, smash, and dash her way into a snowbally lead with ease. To lower her resiliency, we’re taking away some of her early brawling prowess.”

“There are no highlights in the preseason patch”

“Samira presents a dangerous threat in lane, even when actively zoned out, with additional items that offer both lifesteal and crit. We’re limiting her all-in ability so she needs to think twice before storming in with her rifle (and sword) drawn.”

“Despite the fact that several of his lethality choices have been nerfed (see below), Jhin is still cashing in on pure crit builds in preseason. Giving him a clean shave. Samira’s victory rate isn’t very high, but her ban rate is, indicating a problem with game health. Getting rid of a vexing knock-up mechanism and the difficult synergy she’d built up with new things.”

SAMIRA: Elite skillband/Excessive rate of bans/ Even before the game begins

“Kai’Sa is the best at adapting to new goods, and this season was no exception. We’re lowering part of her damage to reduce burstiness and make her less intimidating in early deals. Our desert rose has been continuously warming the ban bench as of late. Even though she is theoretically balanced, we feel she has a number of annoying characteristics that contribute to her high ban rate. We’re addressing this issue by adjusting her balance so that both Samira players and her opponents are more comfortable with her returning to the ring. To do this, we’re weakening her defensive capabilities and providing opponents more chances to play against her in the lane. We’re also lowering her early-game all-in potential. We’re enhancing her kill potential in the mid-to-late game in exchange, so that when she does go in, she slays.”

“Kai’Sa’s power is in striking while the iron is hot: sprint at solitary adversaries to burst them, then dodge as swiftly as possible. Her ult gives an extra layer of protection, particularly early in the game, thus we’re aiming for it to be up for as long as as to give opponents an opportunity to catch her in lane. Tristana has soared to the pinnacle of professional play. We’re going for the kill on her early in the game.”

“Despite Jinx’s bugfix nerf in 11.9, she remains the best marksman in the game. She’s a solid bet to tackle most circumstances, thanks to her big ol’ lethal rocket for sniping objectives. We’re making her more susceptible to foes that want to shut her down early on, then pulling back on one of her ult’s more aggravating points.”

JINX: All skillbands and professional play/ There’s a lot of safe/early game in this game.

“Pro has been playing prey for this daring predator. We want to limit her early game strength by limiting her ability to control waves and give her opponents more chances to punish her while her Q is low. Varus’ W got a boost in patch 11.4 that made his Lethality builds more more potent, so we’re pulling back.”

“Aphelios’ early game is now quite consistent, which explains his recent rise in Pro play. We’re making it more difficult for him to get to his first item and scale by nerfing his laning phase. Moonstones, uh, moonstones, moonstones, moonstones, moonstones, moon Early in the game, Ashe’s lane control goes a little too far and broad. We’re giving her opponents greater room to play back without being wounded by crystalline projectiles in the form of cones and cones. Kalista’s ult with a melee support nearly always kills with chain CC, particularly in high-coordination gank setups at Pro level. We’re giving her opponents a little more time to flee her fury. Varus has been a ruthless bully in his lane, particularly in Pro play. On all fronts, these modifications should make his early game a little weaker.”

Varus’ last nerf didn’t quite hit the target, so we’re going a little harder this time, focusing on his Lethality builds, which rely more on his Q. (As a reminder, with stacks from W – Blighted Quiver’s passive, his Q cooldown may be partially refunded.)

“Miss Fortune has been a hit at all levels of competition, including Worlds. We’re nerfing her in a manner that requires her to chose her early shots more carefully in order to keep the flexibility between her lethality and crit setups.”

Nerfs for Marksman are not available. or patch highlights